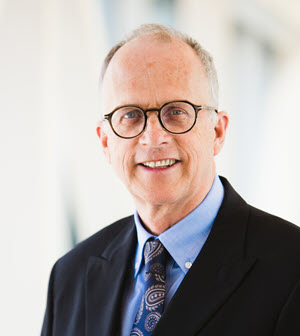 David Cheop graduated from the University of Toronto with a B.A. (Hons.) and from the University of Manitoba with an LL.B. He was called to the Manitoba Bar in June 1981 and articled and practiced with Norton, Schwartz, McJannet, Weinberg in the area of corporate and commercial law for more than six years. In 1986 he was appointed Counsel and Deputy Director, Legal for The Manitoba Securities Commission and was named Queen’s Counsel in December 1997. In March 1998 he was appointed to the newly created position of Vice-President, Corporate Compliance for Investors Group and served as Chief Compliance Officer for its IIROC and MFDA dealers, its trust company and its insurance distribution subsidiaries, as well as acting as Chief Privacy Officer and Chief Money Laundering Officer. Subsequently he also served as Chief Compliance Officer for two investment fund manager subsidiaries of IGM Financial Inc., namely I.G. Investment Management, Ltd. and Mackenzie Financial Corporation. He has also been a member of the Securities Advisory Committee of The Manitoba Securities Commission, the Policy Advisory Committee of the Mutual Fund Dealers Association of Canada, the Manitoba District Counsel of the Investment Industry Regulatory Organization of Canada as well as acting as Vice-Chair of the Special Regulatory Committee of ICE Futures Canada, Inc. In December 2018 he was appointed Chair and Chief Executive Officer of The Manitoba Securities Commission and Chief Administrative Officer of the Manitoba Financial Services Agency.